Our trips to different parts of the world, mainly to Asia, were always quite spontaneous. Only a few days separated the birth of a concept from its implementation. But the Arctic is a quite demanding region.


First the time I crossed the northern polar circle two years ago. Then, with my brother Michał, we felt that the Svalbard, an archipelago in the Arctic Ocean, is a special place. Although its harsh Arctic climate is scary for many people, we were fascinated by it. And we were not alone.  Michał Jastrzębski and Marcin Klisz are other Spitsbergen enthusiasts who wanted to join us and see Arctic again. Therefore the idea of Torell Expedition 2012 came to life.

Everyone who is interested in mountaineering knows that Mount Kosciuszko is the highest mountain in Australia. But how many of us know that in the distant Arctic, there is a glacier called Zawadzkibreen, which was named after Polish scientist?  In the interwar period many Poles explored Spitsbergen. In 1932, our first national expedition landed on the Bear Island, and two years later a team of scientists (Siedlecki, Różycki, Mogilnicki, Zagrajski, Bernadzikiewicz, and Biernawski) explored Torell Land. The result of this expedition was a topographic map of Torell Land with many unpopulated areas named with Polish names. 80 years later we wanted to celebrate and promote the achievements of our countrymen by organising the Torell Expedition. Although the distance from Poland to the Arctic is quite significant, Poles have stamped their influence on this land. 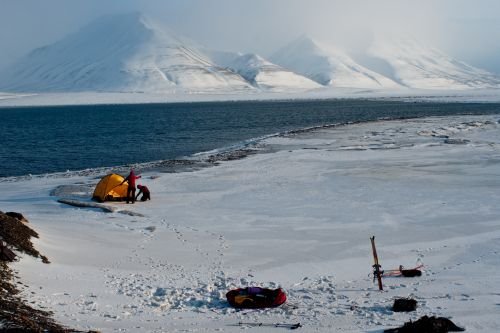 It took us almost half a year to adequately prepare for the expedition. The idea came to us in September and from that time to the day of our departure we were constantly arranging countless trip- related issues. We had clearly defined goals and it turned out that many people significantly supported our efforts. We got media partners and sponsors who helped us to widen the group of our supporters. We are pleased that the names of our historic polar explorers were saved from oblivion.

On March 15 we met at the Okęcie airport. Four people and 280 kg of baggage: sledges, ropes, skis, food - the equipment list was really impressive. With the help of a friendly and extremely professional staff of Scandinavian airlines (SAS) we landed in Spitsbergen and got to Longyearbyen. There, we received the final approval from the Governor of Svalbard to operate outside Zone 10 (area around Longyerbyen). Each expedition must apply for such approval after arriving at Spitsbergen. After a few days we were on the way. Four sledges loaded with equipment and pulled by Michał, Marcin, another Michał and me composed the whole Torell Expedition. We tried to make almost all aspects of our expedition similar to those historic trips of our countrymen. Therefore we decided to travel on skis, pulling all the baggage on arctic pulks. Our days were carefully planned. Discipline in such conditions is extremely important. The plan looked quite simple: ten hours of marching, two hours for setting up the camp and preparing food, ten hours of sleeping and another 2 to pack-up things and start again. During the night, each of us held a 2.5- hour night watch to protect us against the curiosity of polar bears. For safety reasons we were equipped with flashlights and armed to ensure the peaceful night for others. 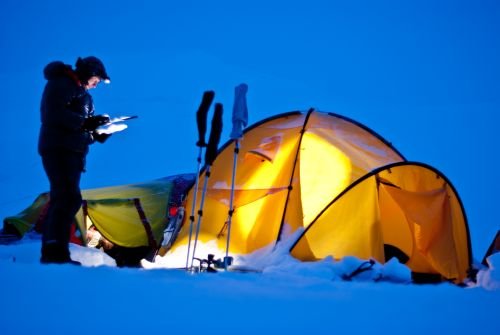 After some time, we had to change our planned route. The reason was weather anomalies that sometimes occur in Spitsbergen. At that time in Poland temperatures dropped below -30ºC, but in Svalbard… it was raining. As a result, the route leading through the fjords had to be changed. We wanted to get around them, but it turned out quite difficult as many gaps opened on the glacier surface. Therefore, before we moved on, we consulted local guides asking for advice and guidance. All of them warned us that we could fail in reaching Torell Land this year, indicating that even the winter shift from the Polish Polar Station in Hornsund was unable to get through to Longyerbyen to get their supplies. But it didn’t dampen our spirits and we moved on. The Arctic is a special place, landscapes were breath-taking and reindeers that accompanied us almost all the time seemed to underline its magical aura. Many of our friends asked us what is so appealing in these cold regions where temperatures drop below -30ºC. I think that anyone who has ever visited these areas, knows the answer.

The route that we chose, was to lead us to the east coast and further to Torell Land. Unfortunately we were unable to pass through Reindalen valley as its mouth, which crossed with Lundstromdalen was flooded by an unfrozen watercourse. We wanted to move along the eastern side of the watercourse but the situation modified our plans. We decided to change the route and reach Sveagruvy (Norwegian mining settlement located at the beginning of Van Mijen fjord) to get the latest information on the glaciers and fjords. We were circling around the target, and any modification of the route meant additional marching days for us. Our pace was approximately 15 km per day. To reach Svea we needed three more days. On Slakkbreen we decided to split our team into two parts. Michał suffered from breathing difficulties preventing him to get a proper rest at night and Marcin had nasty-looking fingers frostbite. The boys decided to go back, hoping to catch snow scooters that we had seen around and ask for a lift to Longyearbyen. Michał and I continued our way to Sveagruvy and shortly after the separation we reached the village. There, we were refused the night indoor (even on the floor). Moreover we were informed that three bears (a couple with a cub) were seen lately around the settlement. The approaching night looked quit tough, but we found an old abandoned kennel, where we could rest without keeping a night watch. Unfortunately, later we found out that reaching Torell Land is practically impossible, so we decided to return to Longyerowa (a name of Longyearbyen used by the winter shift in Hornsund), moving along Van Mijen fjord. The next day we managed to cover the distance of 34 km and we spent the night in Pluto - a small hut that we had discovered during our first expedition to Spitsbergen. During the following days we were getting close to the second part of our team, as the weather was favourable. Travelling in a two-person team meant limited time for sleeping. For us nights lasted for 8 hours and we applied the following scheme: 2 hours of sleeping - 2 hours of a night watch - 2 hours of sleeping and another 2 hours of a night watch. It is difficult to have a proper rest in such conditions, but we couldn’t ignore the danger related to the presence of polar bears. Maintaining the whole scheme was necessary. After a few days we saw the buildings of the city that we departed almost two weeks before. 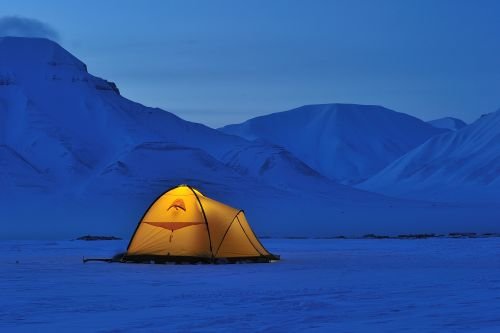 It is difficult to assess whether the Torell Expedition was a success. It is certain that our activities reminded or even revealed the achievements of our countrymen to many people. So the successes of interwar explorers of the Arctic became known, but on the other hand we failed to reach Torell Land. Still we had reasons to celebrate, as our team proved to be efficient and well chosen – all of us agreed to organise another expedition to the Arctic together. For us Torell Expedition is not over yet.
Text and photos: Simon Jasieński

The participants of the expedition used tent  K2 Expedition 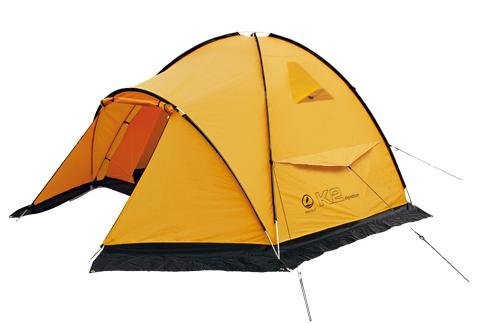